Ikebukuro (池袋) – one of the many centers of Tokyo, the area around the eponymous station, which is served by several lines of ground and underground public trasnporta, including the subway and JR. Ikebukuro Station – the second busiest transport hub every day passes are more than 1 million passengers (in the first place Shinjuku Station)..
Ikebukuro is known for its shops, restaurants and entertainment centers. Department stores and shops Seibu and Tobu companies, the largest in Japan, scattered throughout the Shinjuku. In walking distance from the station is a large entertainment and shopping center of Sunshine City. 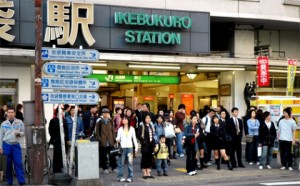 The district also has shops conglomerates Bic Camera and Yamada Denki. For several decades, the electronics store Bic Camera in Ikebukuro was basic, but in 2007 the company Yamada opened his center nearby electrical appliances. Since conglomerates are fighting for the attention of potential buyers, and in recent years there have been a lot of both chain stores in Ikebukuro.

Ikebukuro is also known as the center of anime culture, although its popularity is second Akihabara. Otaku quarter is just north of the complex Sunshine City – looking Otome Road Street. It is noteworthy that the anime stores and butler cafe Ikebukuro focused more on the female audience. Meanwhile, you can find stores of large chains such as Animate, Mandarake and K-Books. 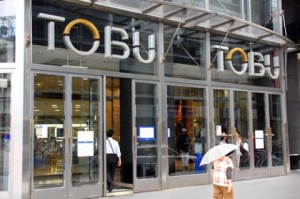 Tobu
Hours: 10:00 to 20:00 (separate floors to 21:00, except Sundays and holidays)
Restaurant: 11:00 (closing time may vary)
over the west exit of Ikebukuro Station Tobu Department Store is one of the the largest in Tokyo. Owned by Tobu Group, which among other things owns several suburban w / d lines. 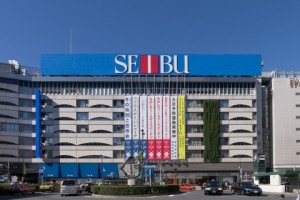 Seibu
Hours: 10:00 to 21:00 (to 20:00 on Sundays and holidays)
Restaurant: 11:00 to 23:00 (to 10:30 on weekends and holidays)
flagship department store Seibu, one of the largest Tokyo company, located above the eastern exit from the station Ikebukuro. Owned by Seibu Group, which also has some w / d lines in their property. 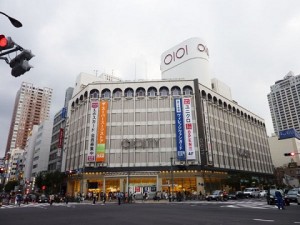 Marui
Hours: from 11:00 to 20:30
Department store Marui – the center of Japanese fashion online shopping can be found in every major area of Tokyo. Marui at Ikebukuro is located to the west of the station: here you can find men’s and women’s clothing, accessories, household goods. 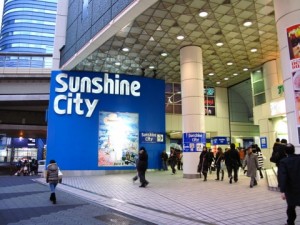 Sunshine 60 Observation Deck
Hours: 10:00 to 21:30 (on working hours during the Christmas and New Year holidays specify optional)
Last Active – 30 minutes before closing
Price: 620 yen
observation deck is located on the top floor of a skyscraper. The upper observation deck outdoors closed to visitors since 2012. 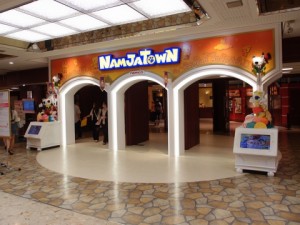 Namja Town
Hours: from 10:00 to 22:00 (last admission 21:00)
Closed: seven days a week
Price: 500 yen (entrance only), 3,000 yen (admission + rides)
Theme park company Namco, creator of the famous Pac-Man and other games in the arcade genre. Not long ago, the park has been updated with new attractions. On the territory there are two small cafes, decorated in the style of Japanese streets Showa period (1929-1987gg.), Where you can eat, or choose gedza dessert. 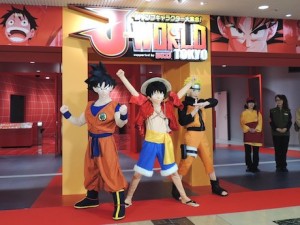 J-World Tokyo
Hours: 10:00 to 22:00 (last admission 21:00)
Closed: seven days a week
cost: 1300 yen, some attractions require additional payment
Another entertainment company Namco park, located on the floor above Namja Town. The updated park was opened in 2013, most of the attractions dedicated to the characters of the popular manga and anime series like One Peace, Dragonball, Naruto. Themed souvenirs can be purchased in the park. 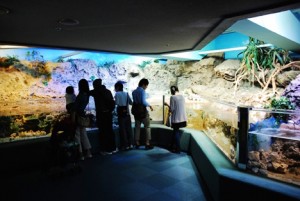 Sunshine Aquarium
Hours: 10:00 to 20:00 (summer working hours can be increased; to 18:00 from November to March);entrance closes one hour before the official closing time.
Closed: seven days a week
cost: 2000 yen
in the aquarium home to many residents of the underwater depths, including stingrays, jellyfish and penguins, frogs, otters, seals, snakes. Located on the 10th floor of the building World Import Mart Building, which is part of the complex Sunshine City. 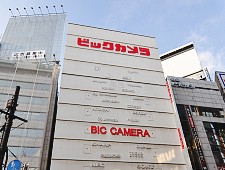 Hours: 10:00 to 22:00
Closed: seven days a week
The largest network of electrical products in Japan by Vostonogo exit station is Ikebukuro flagship store Big Camera. Other network stores can be found at opposite ends of the station. 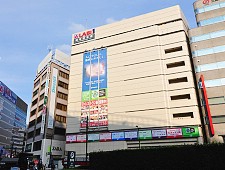 Hours: 10:00 to 22:00
Closed:. Seven days a week
Yamada Denki – a large network of electronics stores, the main competitor of Big Camera. The stores are located on the east side of the station. 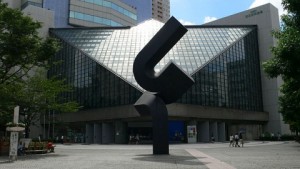 Hours: depending on the time of the particular event.
Great art center, which often hosts concerts and other musical and theatrical events.

Ikebukuro Station – one of the main stations on the Yamanote line iJR. It can also serve line It JR Saikyo, JR Shonan Shinjuku, Tobu Tojo, Seibu Ikebukuro, and the Marunouchi subway line, Yurakucho and Fukutoshin. 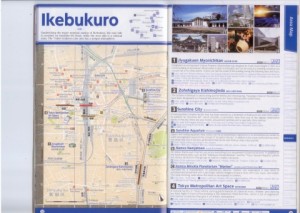