Shinjuku (新宿) – one of 23 special districts of Tokyo, as well as the name of the area around the eponymous train / station. Shinjuku is characterized both as a business, entertainment and shopping district. 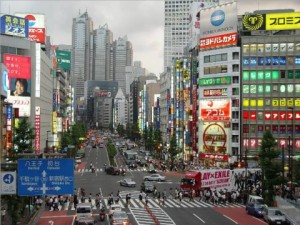 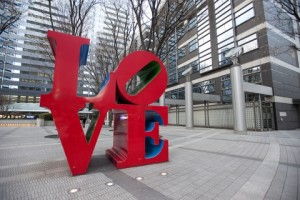 Shinjuku Station, being one of the main stops of underground and surface lines (including circle line JR Yamanote), is one of the busiest stations in the capital and serves 2 million. Passengers daily. Here is a few stops of buses and coaches.

The area to the west of the station has a large number of skyscrapers – the tallest in Tokyo. These include several hotels Premier Class and the twin towers of the Tokyo City Hall. By the way, on the upper floors of City Hall is a free site survey.

The north side of the station, you can find the city’s largest red light district Kabukicho area, and shops and shopping centers are scattered throughout the county, most of which are located in the immediate vicinity of the station. 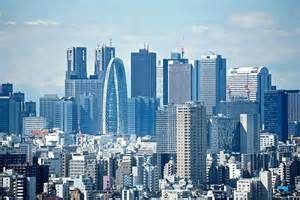 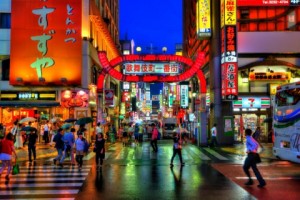 Kabukicho
red-light district – the largest in Tokyo – is characterized by a large number of bars, nightclubs, and restaurants, gaming halls, hotels for lovers, but also sexual services for representatives of various orientations. It got its name from the Kabuki theater, which was not implemented construction. Tourists should exercise caution when visiting the area, as well as to pay special attention to prices when visiting bars. In many so-called operating system «cover-fees», a visitor pays for an additional entrance to the bar, so for billing you can wait a nasty surprise in the form of additional tax overvalued. 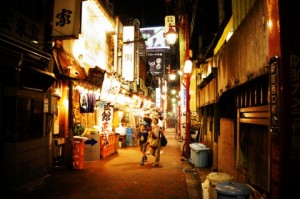 Golden Gai
Golden Gay – a small quarter in the Kabukicho district, can accommodate about 200 bars and eateries. Many places are so small that they can hold 3-5 people, and as a rule, patrons of the restaurant. Very few bars welcome foreign visitors at the entrance to the English menu, but perhaps only in such places and can afford to go gaijin (Jap. “Foreigner”), little aware of the Japanese tradition. 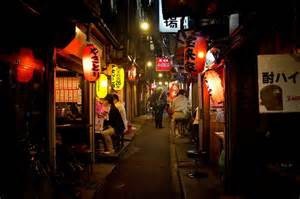 Omoide Yokocho
Omoide-Yokocho (in pens with Jap “commemorative street.”.) – A network of small streets close to Shinjuku station (north-west). In the narrow streets crammed restaurants, cafes and eateries, serving traditional Japanese food – sushi, ramen and soba noodles, skewers of yakitori and kushiyaki. In some cafes there is only a bar, behind which visitors are going, you can find in other small tables. 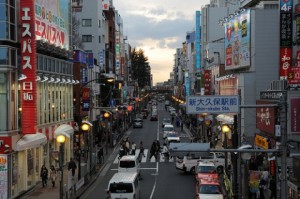 Shin-Okubo Koreatown
in the quarter represented a large number of Korean eateries and shops. Most of the establishments are located in close proximity to Shin-Okubo Station, one stop north of Shinjuku. The quarter is home to many Korean immigrants. 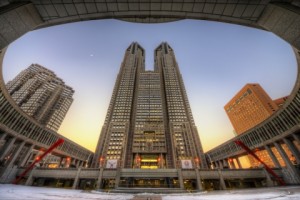 Tokyo Metropolitan Government Office
Tokyo City Hall is a complex, which includes the 243-meter twin towers and several neighboring buildings.Municipality includes a large number of offices, meeting rooms, on 45 floors of the towers located observation platforms. It is believed that the site of the south tower offers a more interesting view than from the north. 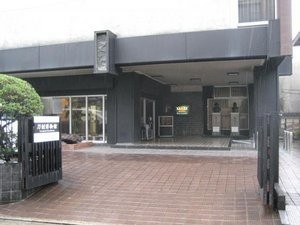 Japanese Sword Museum
The museum will be interesting to all lovers of Japanese knives. In addition to numerous swords, exhibited on display visitors are regularly held exhibitions dedicated to the production of rolled and care of Japanese swords. For foreign tourists has brochures in English. 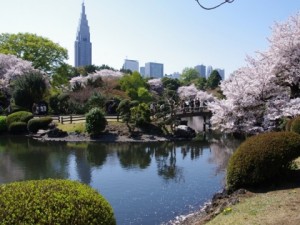 Shinjuku Gyoen
Park, Shinjuku-Gyoen is one of the most beautiful parks in Tokyo, it is especially nice to watch Hanami. From 1903 to 1949 gg..park belonged to the imperial family, but in 1945 moved to the property of the city. 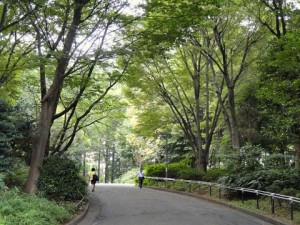 Central Park
Central Park is not far from the Tokyo City Hall and is a haven of many homeless. The park is Kumano temple. 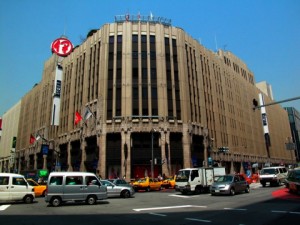 Isetan
ten-story flagship store of Isetan and one of the oldest shopping centers Shinjuku. Upstairs, there are several restaurants, grocery department can be found on the ground floor. 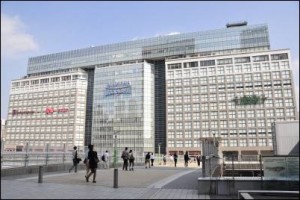 Fifteen-Takashimaya department store opened in 1996. Restaurants can be found on the upper floors, the ground floor is reserved for the food department. This is the main building of a vast complex of “Takashimaya Times Square”, which includes store Tokyu Hands and Books Kinokuniya store abroad. 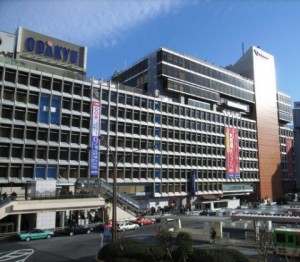 Odakyu
16-storey shopping complex with a grocery department on the ground floor, on the top you will find good restaurants. Included in the company’s Odakyu Group, the ownership of which is also included suburban w / d line. 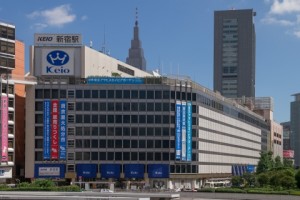 Keio Department Store consists of 11 floors, some of which are occupied by restaurants and grocery department. Part of the network Keio Group, a company that owns a private w / d line. Route: Shinjuku-west of Tokyo. 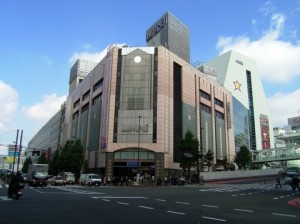 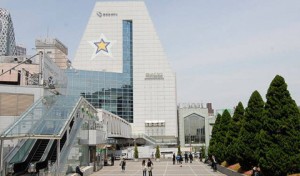 Mylord
TC Mylord is owned by Odakyu Group; It consists of 10 floors, of which seven – boutiques and shops, and the other three – restaurants and cafes. Mosaic Dori – is the transition between the complexes Keio and Odakyu. 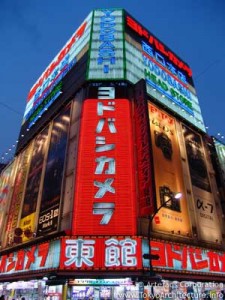 Yodobashi Camera
One of the largest retailers in Japan. The main store Yodobashi is divided into several separate buildings, close to the western passage to the station. Small branch also has the east side of Shinjuku. 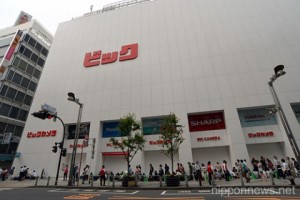 The largest network of electronics stores in Shinjuku, you can find two of its stores, one of which is close to the store Isetan, and the other not far from the west exit of the station, in the Odakyu Halc Building building. 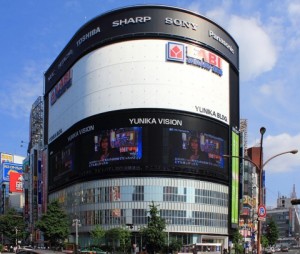 Yamada Denki
selling electrical goods chain stores, one store located in the north-eastern part of Shinjuku (Kabukicho at the entrance), the second – on the west side, next to the main store Yodobashi Camera.

From Tokyo Station:
15 minutes and 200 yen for high-speed lines JR Chuo Line. From Ueno Station: 25 minutes and 200 Yen by JR Yamanote Line line. Alternatively, a faster version – take the train JR Keihin-Tohoku Line, the next from Ueno station to Kanda station, and change to the JR Chuo Line line drive from Kanda to Shinjuku. 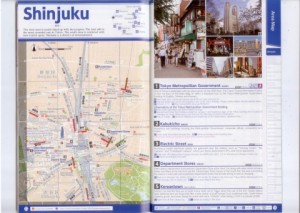