Roppongi (  六本木,  with Jap “six trees”.) – Area of Tokyo, the city’s nightlife center, is popular among clubbers and restaurants. The area is popular especially among foreigners, as in many institutions Roppongi have English speaking staff. In areas of Azabu, Hiroo, Roppongi and Akasaka are embassies of many countries and immigrant populations. 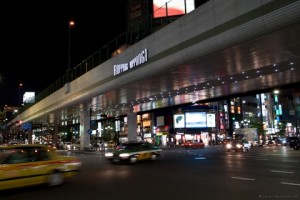 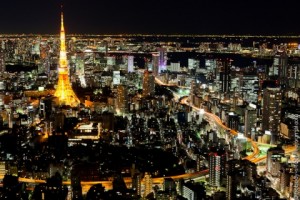 Over the past decade the appearance has changed greatly Roppongi: Roppongi Hills appeared centers and Tokyo Midtown, which raised a new wave of interest in the area – both among the local population and tourists.

Also on Roppongi goes glory of one of the cultural centers of Japan, after opened here a few art museums. The largest art museum National Art Center, together with the Museum of Art Mori (Roppongi Hills) and the Suntory Museum of Art (Tokyo Midtown) form the so-called Art Triangle or the “Art Triangle Roppongi”.

One thing remains unchanged: Roppongi still considered the center of nightlife. There are many restaurants, bars, nightclubs, where tourists can have fun. However, it should be remembered that walks in Roppongi undesirable for independent travelers at night – we recommend companies to come here and be vigilant. 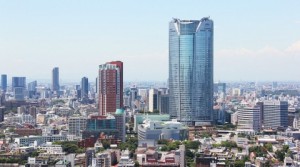 Roppongi Hills complex, which opened in 2003, can be called a “city within a city.” The complex – residential apartments, office space, recreational facilities. In Roppongi Hills, a large selection of shops, restaurants, tourist also interested in cinema, Mori Art Museum and an observation platform, which is reserved for the upper floors of 238-meter building. 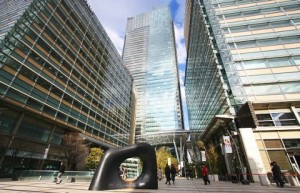 Another “city within a city”, opened in 2007: Tokyo Midtown, as in Roppongi Hills, there are residential, office and entertainment area. In addition to shops and restaurants in the complex is the Suntory Museum of Art, the upper floors are reserved for Ritz-Carlton Tokyo hotel – one of the best in the city. 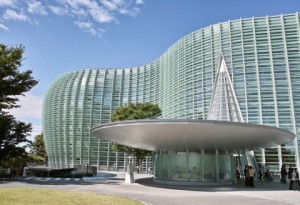 Hours: 10:00 to 18:00 (some exhibitions are open until 20:00 on Fridays)
Ticket office shuts down for 30 minutes before closing time.
Closed: Tuesdays (or the following day if Tuesday is a holiday nat.)
Ticket price : depends on the specific trade show

National Art Center Tokyo – the largest art museum in Japan – was opened in 2007. not represented in the permanent exhibition center, the exposition updated regularly. 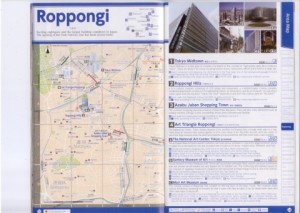