Harajuku (原宿) – the so-called block in the vicinity of JR Harajuku Station, which is located between Shibuya and Shinjuku stations on the JR Yamanote line. In Harajuku is some interesting historical sites, the adult audience will also be able to find here a lot of shops of famous brands, but the important thing is that Harajuku – is the place where the Japanese youth, preferring everyday jeans and t-shirts the most extravagant and impossible outfits. 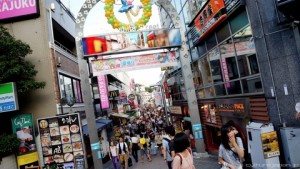 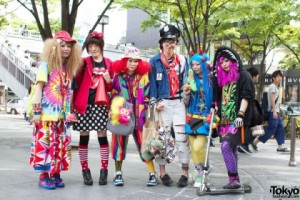 Japanese fashionistas can mainly be found in the street Takeshita-dori and branching from it alleyways. There are shops, focused solely on youth fashion: from the shopping center and ending with inconspicuous second-hand.

A peculiar parade of Japanese Lolita and punk happens on Sundays: a group of young people and teenagers gather at the station Harajuku, dressed in the most incredible costumes – whether it’s cosplay (from English «costume play».) Famous anime or manga character, pop idol or the original outfit in the style of gothic lolita or Fruts style.

To the south of Takeshita Japanese are “Champs Elysees” – street Omotesando, which by its length exceeds Takeshita-dori twice. Along with a large avenue trees in neat rows of shops, cafes and restaurants, designed for more mature and wealthy clientele. In 2006, it opened its doors to the mall Omotesando Hills, focused on customers from 30 to 40 years, and in 2012 the newly opened children’s store Kiddy Land.

Not only the youth meeting and trendy shops make Harajuku popular destination among tourists to the west of the station are the Meiji shrine – one of the most important in Japan – as well as Yoyogi Park. The Memorial Museum of Fine Arts presents Ota prints in the style of ukiyo-e, and the Museum of NECU you can see a traditional Japanese garden. 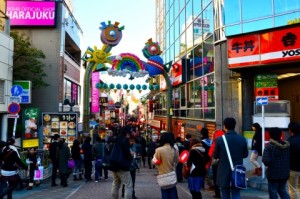 Takeshita Street and Takeshita-dori – a symbol of Harajuku, a key habitat known fashion trends to the masses: 400-meter street with various shops, boutiques and fast food cafes oriented Japanese teenage audience. On weekends especially crowded due to all of the growing popularity of Takeshita-dori. Many interesting shops and cafés are located in the corners. 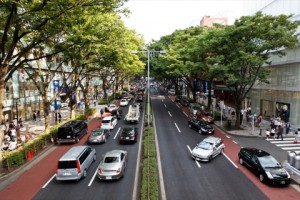 “Champs Elysees” of the Japanese capital – kilometer long avenue leading to the Meiji Shrine. Along the broad street are rows of well-known shops and boutiques, cafés and restaurants. A place for more mature and respectable audience than the one that can be seen on Takeshita-dori. 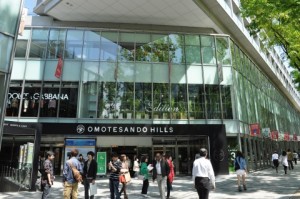 The most conspicuous landmarks Omotesando – a six-story complex Omotesando Hills (3 basements) – was opened in 2006. Shopping center includes shops, restaurants, cafes and spas. On the upper floors are also residential apartments. The unusual design of the building and the interior layout designed by famous architect Tadao Ando. 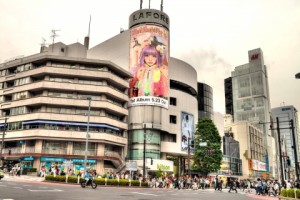 The popular shopping mall Laforet includes dozens of boutiques and shops, most of which focused on the female audience. On the upper floors there is the eponymous Museum, which hosts a variety of exhibitions and other events. 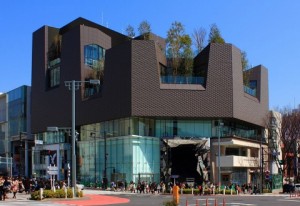 Relatively recent Center Tokyu Plaza (2012), immediately attracts attention because of its original architecture. In addition to clothing stores have a small green area for relaxation on the sixth floor. 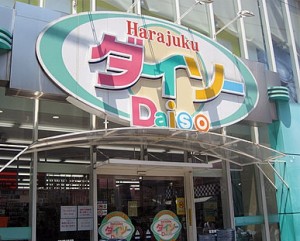 Daishi is located a few minutes walk from Harajuku Station on Takeshita-dori. The largest online shop “all for 100 yen” in which a wide range of goods: clothing, kitchen utensils, food, stationery. Price per product on average 108 yen. 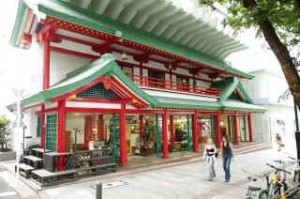 The biggest souvenir shop in Tokyo, which shows items such as kimono, samurai swords, collectible dolls, furniture and so on .. three-storey facade of the store is hard to miss, because it is painted in red and green – the traditional Japanese colors. 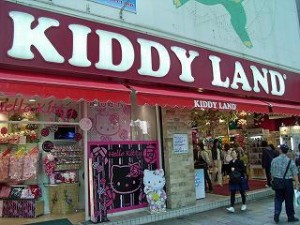 One of the most famous department stores in Tokyo for children: a five-storey center offers a wide range of toys, there is a separate store Hello Kitty, as well as Snoopy Town Shop. Kiddie-Land was reopened in 2012 after a major overhaul. 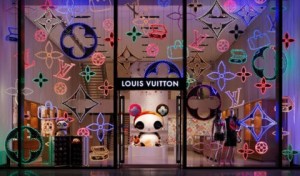 One of the biggest stores of the company, opened in 2002. The Centre occupies five of the ten floors of the building. 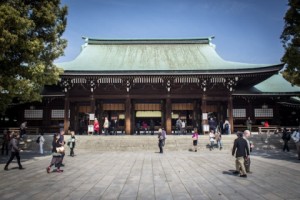 of Meiji shrine of the

Shinto Meiji Shrine (Meiji-Jingu) was built in memory of Emperor Meiji and his wife, Empress Soken. Emperor Meiji, which had to rule in the period from 1867 to 1912., Enjoyed great popularity among his people. Most of the temple occupies the park, open to the public. 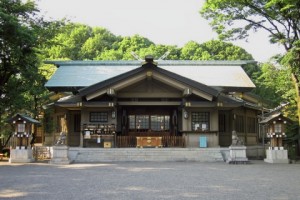 Shinto shrine dedicated to Admiral Togo Togo, which brought Japan’s victory in the battle of 1905, which decided the outcome of the fact the Russian-Japanese War. Until December 2009 next to the temple every first Sunday of the month antiques market opened. 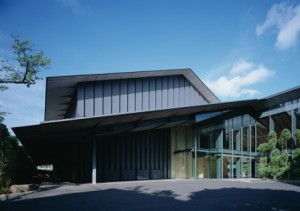 The museum NECU a collection of works of art in Asia: Japan, China and Korea. Exhibition halls, as well as the building itself, have a simple, elegant layout. Japanese garden laid out next to the museum. 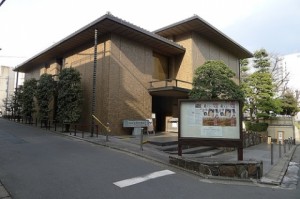 Memorial Museum of Fine Arts Ota is a simple, compact building, where there is an extensive collection of the late Ota seiza prints ukiyo-e, which has more than 10 thousand. Exhibits are updated every month. 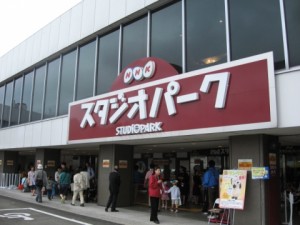 NHK Studio Park is part of the NHK Center, open to the public. Visitors have the opportunity to look behind the scenes of one of the largest corporations, broadcasters, learn more about the process of creating a TV show and on television in general. 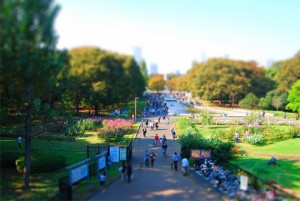 Yoyogi Park Yoyogi or Cohen – one of the largest and most beautiful in Tokyo. It has everything: beautiful green lawn, wooded park and pond. A great place for jogging or picnic. 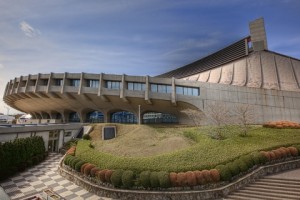 Yoyogi National Stadium was built for the Olympic swimming competition in 1964 the distinguished architect Tange Kenzo. Now, on the grounds of the stadium competitions in volleyball and skating, as well as concerts and other events.

JR Harajuku Station is on the line the JR the Yamanote the Line , two stations away from Shinjuku  and one station from of Shibuya  (140 yen one way trip with any of these stations). 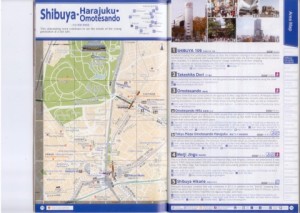