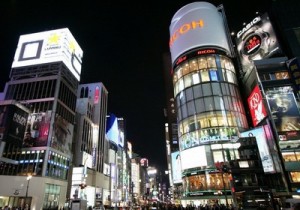 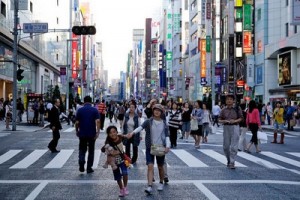 Ginza – Tokyo area, known as a center of world-class brands higher. The Ginza is a large number of boutiques, department stores, galleries, restaurants and nightclubs. This area is not for nothing is considered the most expensive in the world: every square meter of land is worth about 10 million yen, and ordinary cup of black coffee can cost you $ 10.

In the Russian translation of the word “Ginza” means “silver coin”. The name was chosen without reason: from 1612 to 1800. in the territory, which now occupies one of the richest areas of the world, it was a mint, and only after 1923 began to appear in the Ginza shopping.

Most department stores and boutiques are open every day, however, the best time to hike the Ginza – this weekend, when the central street of Chuo-dori (Chuo-dori) cover for vehicular traffic from 12.00 to 17.00 (18.00 from April to September). At that time, the street turns into one big pedestrian zone.

Ginza-Waco ( the Ginza by Wako). 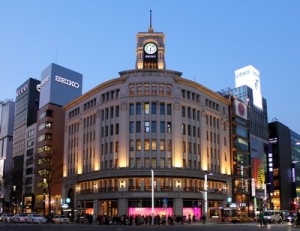 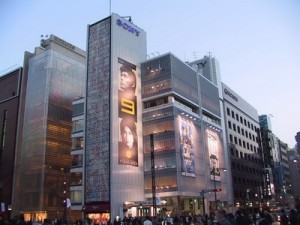 In the exhibition halls Sony presents the latest news of the company: DVD players, cameras, music players, mobile phones, computers, the PlayStation. Also in the building are several shops and cafes. 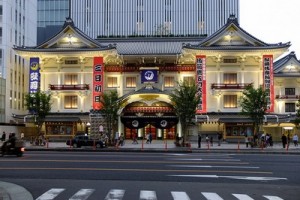 Tickets: Tickets on the whole idea can cost anywhere from 4 to 22 thousand yen, depending on the selected sites, you must pre-book. Tickets for a single act are approx. 2 million yen and sold on the day of the performance.
Website: http://www.kabuki-za.co.jp/

Modern Kabuki theater, is considered one of the best in Tokyo. Performances are given nearly every day. In 2013 it was reconstructed, which allowed to recreate the former appearance of kabuki theater. 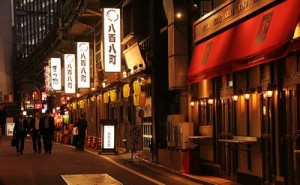 Known dining quarter is located in close proximity to the JR Yurakucho Station. Here are a choice of restaurants and cafes of various types: from Isaac and Yakitoria beer to pubs and French wine bars. 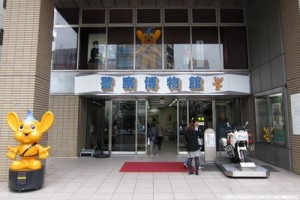 Located on the border of the district, in the northern part. Police Museum, located in a small four-storey building, is the Tokyo Police Department. 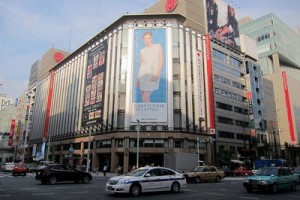 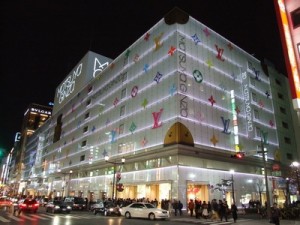 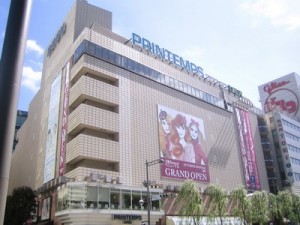 Tokyo branch of the French retail chain specializing in accessories, clothes, wines. Separate floors of a ten set aside for restaurants and cafes. 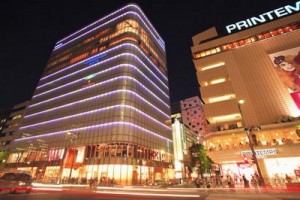 Twelve-complex was opened in 2007, near Yurakucho Station. On the ground floor there are 4 to clothing stores; Tokyu Hands store occupies floors from 5 to 9; the remaining three floors are reserved for restaurants and cafes.

How to get to Ginza:

Yurakucho Station then on the lines of JR Yamanote line, JR Keihin-Tohoku Line, as well as the metro line Yurakucho Subway Line. 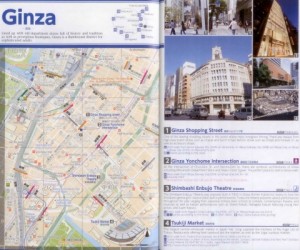