Island Qum or Kum-Jim ( 久米島町) – is located 90 kilometers to the west of the island of Okinawa. Life it is concentrated mainly in two cities, one of which is inhabited by indigenous people, and the second is located near the beach IIF (Eef beach), is a concentration of all the hotels and hotels. Qum Island – is one of the most popular tourist destinations among Japanese – with beautiful beaches and rare natural formations, which is likely to appeal to both fans of a relaxing beach holiday, and fans of water sports and biking. In addition to natural beauty, Jim is famous for its special Okinawan sake «Kumesen», which is served in most restaurants, as well as fabrics.

The island has an airport, from where there are regular flights. Naha city and back, while a one-way trip is about 30 minutes. In the summer months there are direct flights to Tokyo and back Qom. Also recently operated a ferry service between the city and Naha Kume Jima, traveling in the same direction takes about 4 hours. As regards local transport, the island has a bus service, but irregular, so we recommend you to rent a car or bicycle.

The most famous beach Jim thinks beach Hatenohama – an island of white sand, which can be reached by one of the tourist boats. Local companies organize tours for half a day and for the whole day. Proponents of beach holiday will appreciate the calm waters of the northern part of the beach, ideal for swimming, but it is hardly suitable place for lovers of snorkelling. 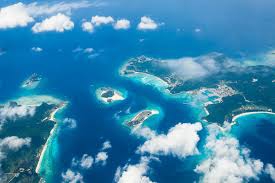 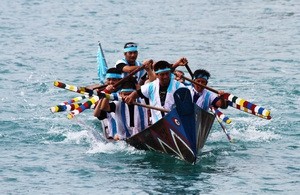 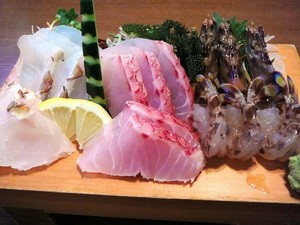 IIF Beach – another popular holiday destination, mainly because of the beach, stretching for two kilometers, a large number of hotels. The area is well equipped: there are changing rooms, showers, shops with rolling equipment for water sports.

Among the many natural features of the island stand Tatami-Isha in the east Qom – rock formations fanciful shapes. During low tide, the pentagonal and hexagonal stone islands of solidified volcanic magma look like a tortoise-shell, fastened together. And on the northern coast of the island, and at low tide, there are so-called “pools” with tropical fish . They are formed in the large gaps between the rocks framing this part of the shore, and everyone can watch the marine life in these temporary ponds.

Tourists interested in the history of the island, will be curious to see the ruins of the castle Uegusuku . Once it was the main defensive structure of the island and located in the highest part of it, but now it offers a good view of the surroundings. And for those who want to see the house built in traditional Okinawan style – with thick stone walls and a red tile roof – open for free visits to the residence Uezu .

The cultural events are distinguished festival Qom or “Jim Qom-Matsuri” and sumo competitions . The festival is usually held on the first weekend of August in the park Furia, specially prepared for the festival numerous tents with food, traditional games, dances. As for sumo, the date of the competition often times to a particular festival. 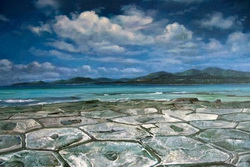 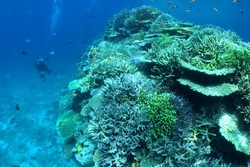 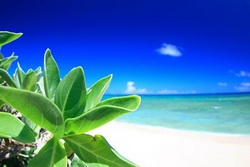