After Yokohama Port was opened to foreign trade in 1859, the local Chinatown began to develop quite rapidly. State settled merchants who had moved from China to Japan. So eventually Chinatown Yokohama has become the largest existing in Japan and one of the best in the world. 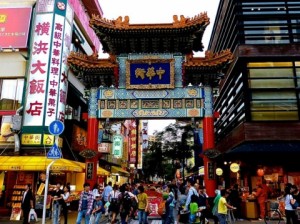 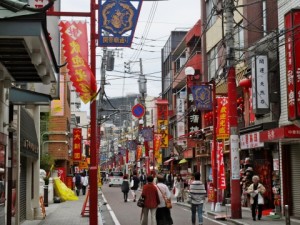 The number of residents in Chinatown in recent years has decreased dramatically, but now it can not be called small – about 4 000. Chinatown has become one of the city’s entertainment centers – in the colorful streets and narrow lanes laid out a lot of shops and restaurants. Of course, it is impossible to visit Chinatown and enjoy traditional Chinese cuisine – either in the local coffee shop, or if you are in a hurry, from street vendors. Especially popular are the ramen noodles, hot buns and dumplings Manju dim sum. Many dishes anyway were eventually taken over by the Japanese. 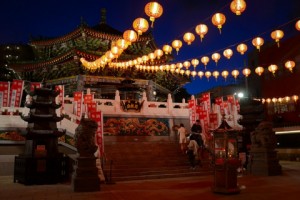 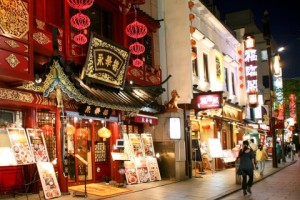 On each of the four entrances to the Chinatown gates are colorful, five more can be found directly within the boundaries of the district. In the center is a temple Kanteybё, which immediately attracts attention with its colorful decor. The temple was built in 1873 by local people and is dedicated to the Chinese god of trade and prosperity.
Chinatown Yokohama – it is also a popular venue for city events and festivals. So, for example, in early February on the streets of the quarter it held a magnificent and colorful celebration to mark the Chinese New Year.

PREV：
Shinkansen
NEXT：
Port of the Future Minato Mirai