What is it, Japan Rail Pass?

JR Pass – a ticket is created specifically for tourists visiting Japan. It acts on all intercity w / d directions Japan, and buy it can only be outside the country. Tickets are divided into two types for comfort: First Class (Green) and ordinary (Ordinary), at the time of use into three types: 7 days, 14 days and 21 days. It is advantageous and convenient: the advantage that you save money on transport costs (transport in Japan is not cheap) and it is very convenient – you save your time, using the PASS.
Who can buy a JR pass?
Any foreign national who has the status of “temporary visitor” (according to the law of Japan Imigratsionnomu this status allows you to stay in Japan from 15 to 90 days, depending on the purpose of the visit). At the passport control at the airport in the tourist gets his passport a stamp.The presence of this stamp in the passport allows you to exchange the receipt for JR-Japan Rail pass. How to buy Japan Rail Pass?
JAPAN RAIL PASS can not be purchased in Japan. You must acquire a warrant exchange office authorized reseller or agent before you start your tour in Japan. 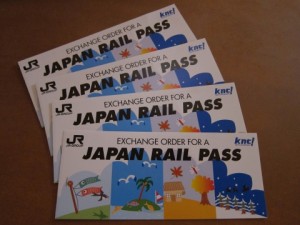 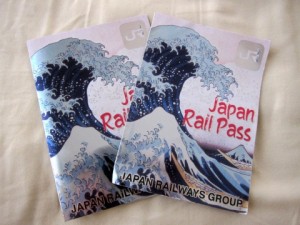 Location of offices where you can swap to exchange the voucher for a ticket.