Japanese cuisine is often associated with only two dishes – miso soup and sushi. However, the real choice is much broader than you might imagine: we offer you a list of the most common Japanese national dishes. 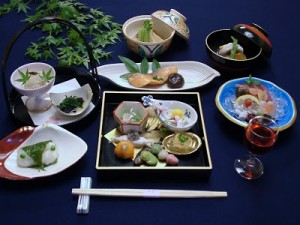 As a rule, it consists mainly of fish, tempura, vegetables and mushrooms. 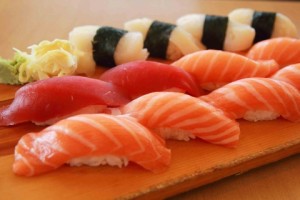 Sushi – Japanese nigiri much more common than other types of land.

Nigiri is an elongated piece of rice, pressed his palms;

a small amount of wasabi is used as stuffing, and on top put a piece of raw fish. 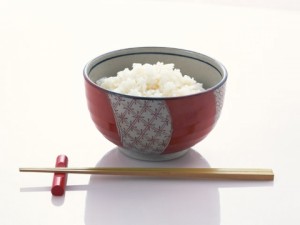 Rice – served in a small bowl, when cooking does not use any additional seasonings.

Often served for breakfast, used with soy sauce and sometimes with a raw egg. 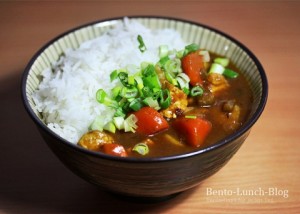 At the same time konstistentsii Japanese curry is much thicker. 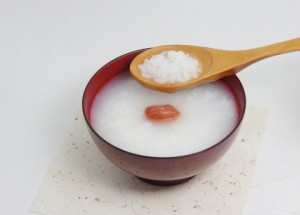 It is considered easy, dietary meals. 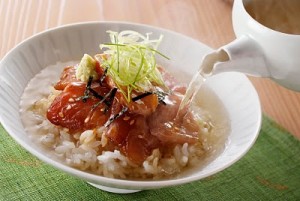 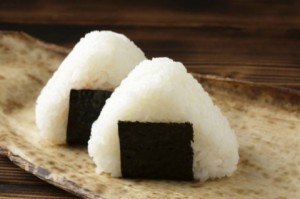 As a rule, within the rice cakes have fillings.

Onigiri very often be found in the sections of the finished food in supermarkets. 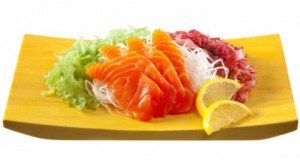 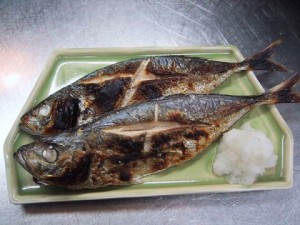 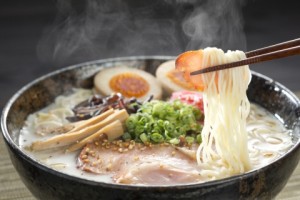 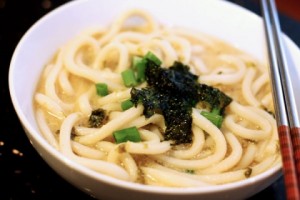 Udon -raznovidnost wheat noodles, udon but much thicker than ramen. 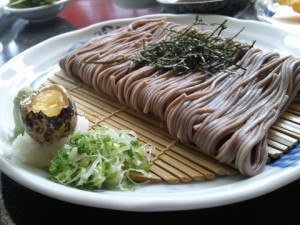 Soba – buckwheat noodles with a dash of wheat.

The dish is served cold or hot. 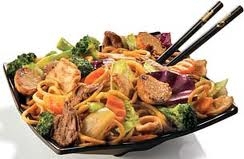 Yakisoba – fried wheat noodles, which has nothing to do with buckwheat soba noodles.

It served without broth with chunks of meat, vegetables (cabbage, carrots).

As a side dish served red ginger.

Nabe dishes (prepared in a small pan directly at the table): 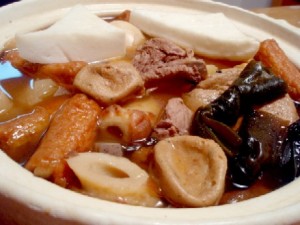 Oden – a dish traditionally related to the winter. 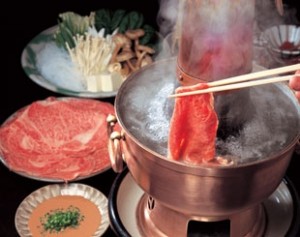 Shabu-shabu – a dish similar to sukiyaki (see below.) Since the main component is beef or pork. Thinly sliced ​​pieces of marble meat picks up sticks and cook in the boiling pot. 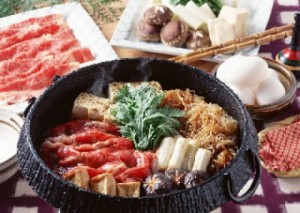 Sukiyaki – dish, the main ingredient of which – thinly sliced ​​pieces of beef. Served with vegetables, noodles, mushrooms and tofu.

The peculiarity of this dish is that it is prepared immediately before use: put on a table with the boiler water, heated gas burner. When the water boils, you pick and choose what to cook – vegetables, tofu, meat (beef cooked very quickly).

Then finished pieces dipped in the sauce. 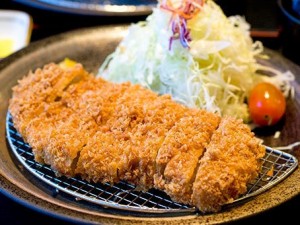 Often served with rice and slaw. 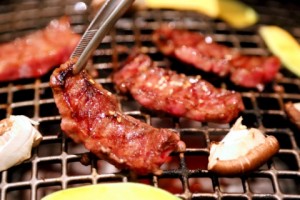 Yakiniku – in the original means “meat cooked on the grill.”

Beef or pork cut into small pieces and served at the table.

The board set a special grill on which pieces of deep fried.

Yakiniku – one of the most popular restaurant dishes in Japan. 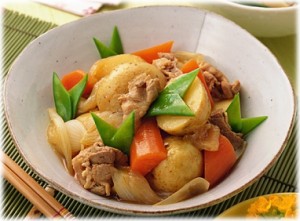 Nikujaga – a dish consisting of stewed meat, seasoned with sweet soy sauce, as well as potatoes and onions.

The basis of food is potato and the meat is used in small quantities to impart a particular flavor. 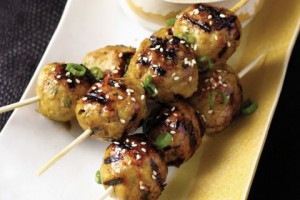 Yakitori – chicken and vegetables skewered on bamboo sticks. Prepared on the grill. 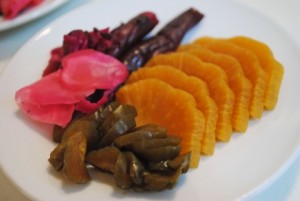 Tsukemono – Japanese pickles that are served to many dishes, especially often with miso soup and rice.

Usually tsukemono made of red ginger and cucumber. 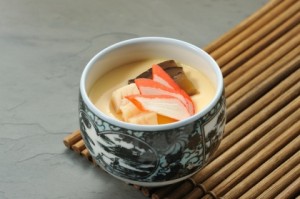 Tyavanmusi – a kind of “omelette”.

Prepared from the egg mixture together with soy sauce, dashi broth and a small component of rice wine mirin.

Often served with shiitake mushrooms, sliced ​​chicken or shrimp in a small bowl. 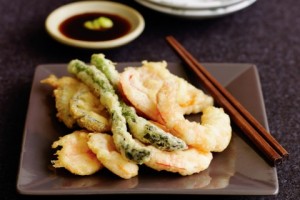 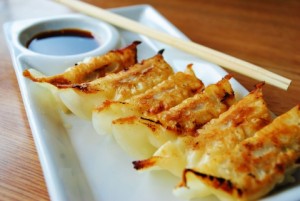 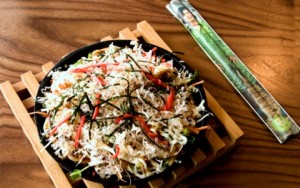 Okonomiyaki – a kind of cake, consisting of a mixture of different ingredients (besides the main parts – water, flour, egg and cabbage – mixed seafood, vegetables or meat).

The finished cake is baked in the likeness of a pancake.

In-okonomiyaki restaurants are often installed special plate on which visitors can prepare their own cake. 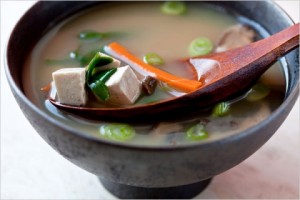 In the finished soup add the pieces of tofu and seaweed, and other ingredients to taste.