New Year in Japan. Tours to Japan for the New Year.

New Year ( Shogatsu or Oshogatsu ) in Japan – being very rich, especially in the period from 28 to 31 December and from 2 to 4 January. Across the country are seeing the old year, or «bonenkai» – mainly in the framework of corporate and student activities. Many restaurants, museums, banks and even cash machines stop working, remain open large shopping malls where people buy gifts relatives. The transport network that includes trains, airplanes, highways, congested. It would seem that this is just the beginning, preparing for a major triumph, as though in the end should happen to the big bang – with festive tinsel, fireworks, loud party in the city center. But is it?

The Japanese, despite its flexibility and loyalty to innovate, remain extremely conservative nation. Not surprisingly, this last feature so vividly manifests itself in one of the major holidays of the year, namely the New Year. At this time, you can hardly see the fireworks in the sky, do not stumble on the noisy street festival, and most of those who will meet you, will the Europeans and Americans. The essence of the New Year celebration in the Japanese style can be expressed in two words: tradition and family. 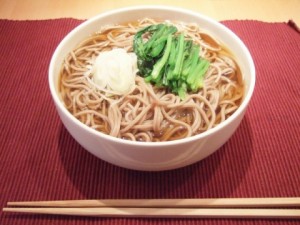 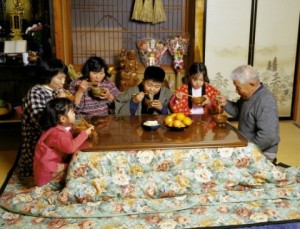 One of the main New Year’s customs called Hatsu-mode , which means “first visit to the temple in the New Year.” From 1 January 3000 people come to the temple to pray in the main hall for the health and welfare of the family. Often you can see long queues of visitors, especially if it is a very famous temple. In essence Hatsu-mode is a kind of festival: the temples are located on the territory of the shelves with holiday food – ramen noodles and hot sake – sold charms and predictions, many Japanese have come in traditional kimono. 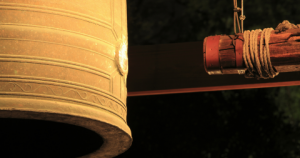 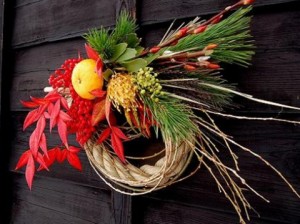 Many people also celebrate the New Year in the temples – the night of December 31 to January 1, when in the sanctuaries begin to beat the bell exactly 108 times.

One of the most popular temples for Hatsu-mode are the Meiji Shrine and the Asakusa temple in Tokyo, and the Fushimi Inari shrine in Kyoto.In the first three days of the new year they are visited by several million people.

As a rule, New Year’s Eve Japanese spend at home, but those for whom the Hatsu-mode is not the limit, can go to meet the first dawn of the new year, or as the Japanese say – Hatsu-Hinode . The event is extremely popular – the Japanese believe that the first dawn foreshadows what will be the rest of the year – so many are trying to pre-book a space on the observation platform. One of the most popular destinations are Tokyo Skytree, Metropolitan Government Building Observatory, Roppongi Hills Tower Observation deck. Of course, not necessary to spend money to enjoy the first dawn: a lot of people gather in parks, for example, in Tokyo Kasai Rinkai Park, which is moderately popular destination. 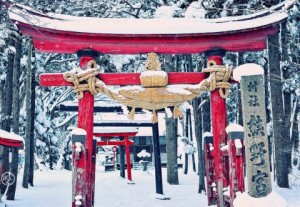 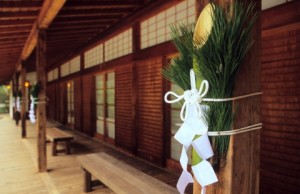 January 2 in the region of 10-13 hours, the Emperor of Japan at the Imperial Palace makes a New Year’s address to the nation in which all citizens congratulates happy New Year. This is a very important event, as the Emperor and members of the royal family rarely appear in public.On this day, the inside of the palace is open to the public, that only happens twice a year – during the New Year celebrations and the day of the Emperor’s birthday. 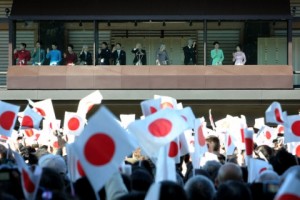 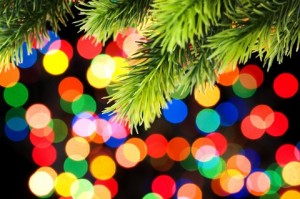 This is a traditional part of New Year celebrations. Especially evident this trait in Kyoto – the ancient capital of Japan. For those who find the Japanese style of marking too colorful, more suitable for Tokyo with his incendiary areas of Shinjuku, Shibuya and Roppongi. Here you can find many clubs, which organized a special Christmas party for the night. About their safety can not worry – the streets safely even on New Year’s night, although most of those whom you will meet, most likely, will not the Japanese. Remember going to the Roppongi, hold one company with friends, do not respond to the calls of the barkers clubs and be careful.

If you can not imagine this holiday without colorful fireworks , you have a chance to see them at certain points Tokyo – Ikebukuro in the towerthe Sunshine City , near Tokyo Tower and Disneyland. In other cities of Japan, you can hardly get a chance to observe large-scale fireworks, as for the Japanese, they are associated with the summer holidays.

It must be remembered that the tours to Japan during the Christmas holidays has positive and negative sides. You will be able to take part in the Christmas celebrations and learn about the traditions of marking this important holiday in Japan, try the traditional food and buy souvenirs.But the number of people who go for a walk or go to the temple, may create some inconvenience. Some attractions, shops and restaurants or crowded by visitors, or closed. Opening hours during the holidays of museums, gardens and castles to be specified in advance. But even these disadvantages should not deter travelers who want their eyes to look at the bright colors of the Japanese New Year. With the help of “Magic Tour” you can see the New Year to December 26, from Moscow flies a group of Russian tourists who go to admire Japan during the Christmas holidays. In a group tour to Japan, “New Year” . You will also see the main attractions of the country and visit the major capitals – Tokyo, Kyoto and Osaka. 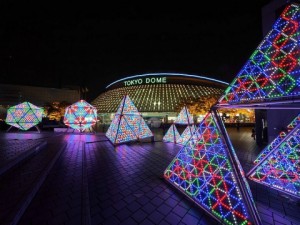 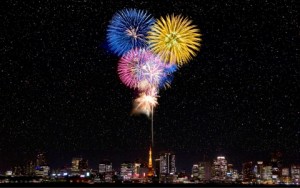