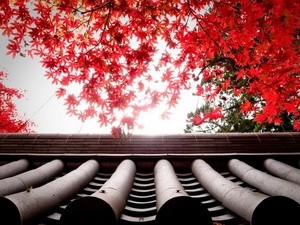 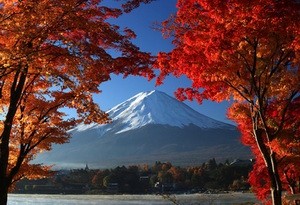 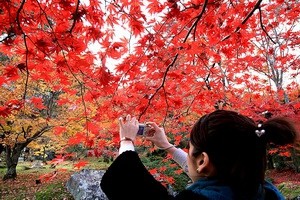 Autumn in Japan is very beautiful and rich time. The main event – this Momiji, or maple season, which you can learn a lot during the autumn tour in Japan. In the meantime, some general information:

Momiji-gari (紅葉 狩), or Koyo (紅葉) – Japanese tradition of admiring the foliage in autumn, when the leaves turn deep yellow, orange, crimson or brown color. This event in Japan according to the degree of importance is considered equivalent cherry blossom in the spring, and many Japanese people take part in it. The word “Momiji” is also a symbol of maples, which are considered to be Japan’s most beautiful trees.

Tradition Autumn Foliage has a long history. It is believed that this custom originated in the Heian era, or period of the World, and was common among wealthy people. Since the Edo period, Momiji-gari is widespread, and the development of vehicles people have to make long trips to the best and most beautiful places for admiring Koyo.

Total of 50-55 days, during the period from September to November, Koyo like a wave covering the Japanese archipelago, from Hokkaido to the north and ending with the southern islands. With regard to the period of adoration, the season lasts from 20 to 25 days around the end of October to mid-November.

There are many places throughout the country, which has traditionally come wishing to enjoy Momiji. This is mainly parks, mountains, as well as the temple. The most popular is the city of Nikko, located to the north of Tokyo, as well as the city of Kyoto – the ancient capital of Japan, where one can see many temples and shrines, architectural style which blends in perfectly with autumn landscapes.

Among other things, especially popular areas of five lakes near Mount Fuji-san – this is one of the most famous places among Japanese and foreigners alike – as well as the island of Miya Jima, which is famous for its park “Momidzidani” – translated into Russian means “Valley of the maples”.

In season Koyo often festivals of food, music, traditional dances, games and other entertainment. One of these festivals – the most famous – is carried out in the Arashiyama district on the outskirts of the city of Kyoto, called “Momiji Matsuri”, or “Momiji Festival ‘. Normally, the date of the festival in Arashiyama – 11 November. Another famous festival is held in Tanzay Temple in Nara Prefecture, in the period from 1 October to 30 November. 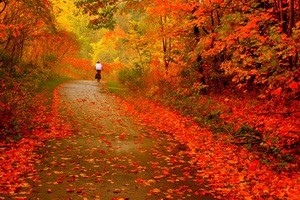 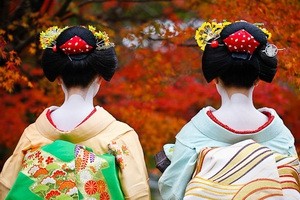 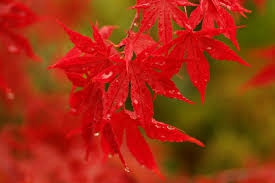 PREV：
The rainy season in Japan
NEXT：
New Year in Japan. Tours to Japan for the New Year.