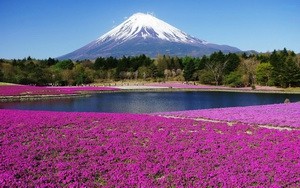 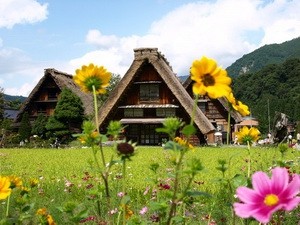 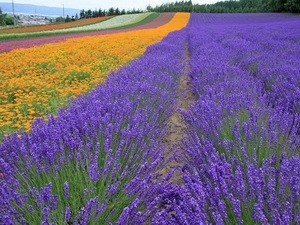 Summer in Japan – the time for those who want to really know the country of the rising sun. Summer Tour to Japan – it is an opportunity to see the sights without haste, to visit the Japanese festivals, not to mention other interesting events, places and events that are available only in summer.

Summer in Japan rightly considered hot time, but only in terms of the weather – the tourist flow is extremely low at this time, which means you do not have to spend time in long queues to see a particular attraction and transport network will not be overloaded.

Below is a list of events and places that you can visit during the summer tour to Japan:

Country of the Rising Sun is known for its festivals, many of which are held in the summer months. The most popular summer holiday is Tanabata, Obon festival and fireworks.

Tanabata – non-state holiday, also known as “Star Festival”, dedicated to the two lovers – the stars Vega and Altair, who were on opposite sides of the Milky Way, and only once a year can occur. In some parts of Japan, a festival celebrated in early August, however, in most cases it takes place July 7. Often, Tanabata is celebrated a few days – from the 1st of the month at 7 – so do not be discouraged if you can not get to the festival is the number 7. In different parts of the Japanese Tanabata celebration it has its own peculiarities, but there is a common tradition for all: a man writes on a piece of paper, and his desire to hang it on a bamboo twig. The most common suggestions associated with finding love, so can be called Japanese Tanabata Happy Valentine’s Day. At the festival, many Japanese people, both men and women, come in traditional yukata – a lightweight version of the kimono. At the end of the holiday with the wishes of bamboos allowed on the river or burn.

Obon – three non-state holiday, while family unity and a return to its roots, as well as the time when ancestral spirits can return to their homes.Obon celebration dates vary depending on the region, more precisely, it all depends on what calendar date counted: it may be July 15 or August 15, or 15 day of the seventh lunar month. At this time, the Japanese are preparing the house to the appearance of ancestral spirits – carry out thorough cleaning and light lanterns “chochin” that should illuminate the road guests from the other side. Often, during the celebration of festivals are organized with games, food and summer dance Bon Odori. The festival ends with the launching paper lanterns which symbolize the souls of the dead return to their world.

Fireworks Festival – takes place across the country on the last Saturday of July, one of the most famous festival is considered the Sumida River in Tokyo. Each year, a skillful master prepare a unique show, which showcases the best and amazing designs of fireworks. On average, admiring the fireworks last about 1.5 hours, many Japanese yukata dress for the festival. It is worth remembering that this event is very popular in Japan, so viewers are trying to take their seats in advance – it is necessary to expand the blue plastic mats with his name on the unoccupied territory, with the best places are those that are in the river. 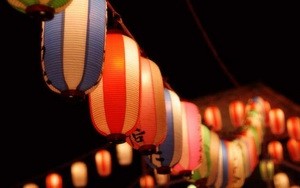 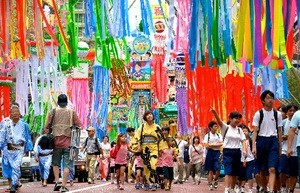 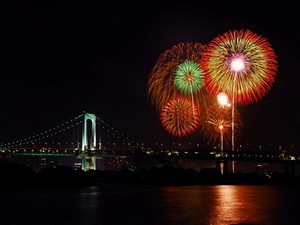 Mount Fuji (or (富士山, Fujisan) – considered to be the highest mountain in Japan (3,776 m), located on the island of Honshu in the territory of the prefectural Shidzuoka and Yamanashi, south-west of central Tokyo Fuji-san enjoys great love and respect the Japanese. many people dream to climb on it to see the dawn.

Officially the climbing season runs from June 1 to the end of August – at that time the most favorable weather conditions for growth. There are four main routes of ascent – Kawaguchiko-Gucci, Gucci-Yoshida, Gotenba-Gucci, Gucci-Fudzhinomiya – the first of which is the most popular because of the availability of convenient parking, and a large number of mountain huts to rest and spend the night. Along the way at different heights for the mountain station located halts until the fifth of which tourists usually get on the bus, where continued his journey on foot. Most tourists start climbing during the day and stay overnight in a mountain hut (in the peak season it is recommended to make reservations in advance), the other – make the rise during the night to see the sunrise from the summit of Fuji-san. The main thing to remember in preparation for the journey – is that on top of the mountain the temperature is quite low, including in the summer, so it is necessary to take warm clothes and stock up on food and water. 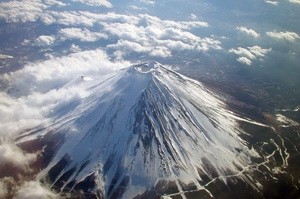 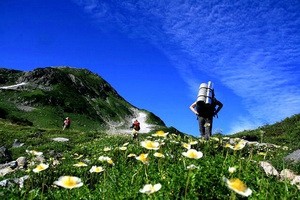 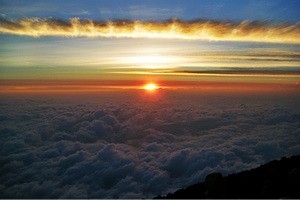 The purest white sand, azure and emerald waters – these are the main characteristics of Japanese beaches. Normally, the beach season in Japan begins in July and lasts until the end of August, but the exact timing depends on the location. The most popular beaches on the island of Honshu are located in the cities of Yamaguchi Prefecture, Yamagata Prefecture, Wakayama, Toyama and Shizuoka. One of the most beautiful beaches in Japan – Shirahama – located on the Izu Peninsula southwest of Tokyo.

Very popular beaches of Okinawa, especially «The Emerald Beach», or “Emerald Beach”, which is located on the main island of the prefecture.Okinawa’s beaches are famous for its coral reefs and rich marine life – a great place for diving and snorkelling. Lovers of sports such as kayaking and paragliding just remain satisfied – the necessary equipment can be rented at the shops located on the beaches. 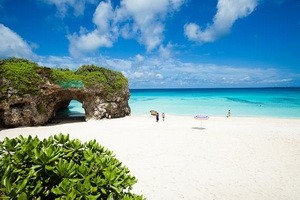 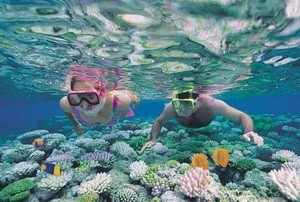 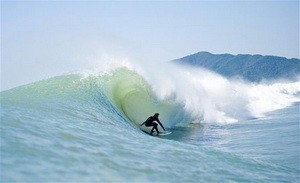 We wish you a pleasant stay!

PREV：
"Golden Week" in Japan
NEXT：
The rainy season in Japan