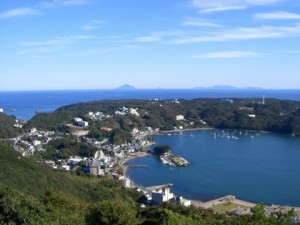 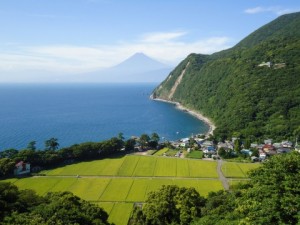 Quiet resort town on the south-west of Tokyo, famous for its hot springs, beautiful beaches and scenic views, and on the west coast has a beautiful overview on the Fuji-hole. The peninsula is located just 100 km from the capital, you can get here by train and move on to Izu by bus.

The western side of the peninsula is more developed than the south and east. On the west coast are located the city of Atami, Ito and Shimoda, popular among beach lovers and hot springs. 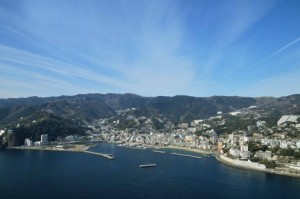 Atami – a small town in the north-east of the peninsula. In addition to cultural and historical attractions in the city are concentrated a large number of ryokan and onsen. Popular among Tokyo people place, especially on weekends and holidays. The main attractions of the city – Museum of the Arts and the MOA Museum ryokan Kiyunkaku. 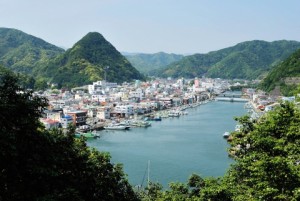 Shimoda – a town in the southern part of the peninsula. In 1854 here came the “black ships” Commander Perry, which marked the beginning of the talks between Japan and the United States. The city will be interesting to all fans of water sports, beach holidays and want to relax in the ryokan or onsen. From here you can reach the beach of Shirahama. 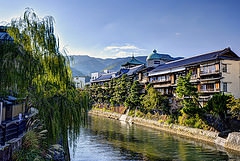 Ito – a coastal resort town in the eastern part of the peninsula, known for its hot springs. In the center of town is one of the main local attractions – ryokan Museum Tokaikan. To the south of Ito is a cactus Park and Mount Omuro – an extinct volcano covered with grass.

From Tokyo Station, you can get to Ito on the express JR Odoriko (100 minutes, about 4,500 yen per one-way ticket, depart every hour), or you can get here by train from Atami (20 minutes, 320 yen). Covered JR PASS. 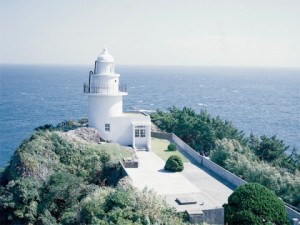 Cape Irozaki – the southernmost point of the peninsula, which offers highly scenic views of the cliffs. Not far from the cape is a lighthouse of the same name and the temple. As for the other coastal sites south of Izu, they are less developed from a tourist point of view, but also beautiful. 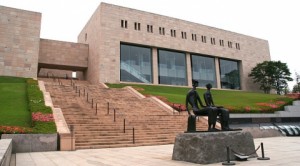 The MOA (Museum then of art) – Art Museum of Eastern Asian countries, including Japan. The museum houses a rich collection of paintings, sculptures, calligraphy samples. And also in the MOA has its own Japanese garden and tea house.

Getting there: Located in the city of Atami, in the north-eastern part of Izu. On Atami Station, take the bus to the MOA Bijutsukan (MOA 美術館), your stop – end (10 minutes, 170 yen one way, frequent departure). 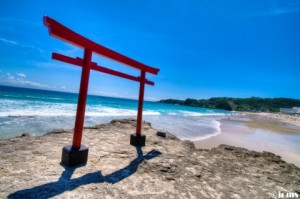 Shirahama Beach – the beach is 800 meters long, is one of the main attractions of Izu. Perfect conditions for swimming and surfing – swimming season officially begins in mid-June and lasts until the end of August.Nearby is the temple of Shirahama.

How to get there: Shirahama Beach is four kilometers from the center of the city of Shimoda. From Izukyu-Shimoda Station Station Buses towards Itadoichiki (板 戸 一色), you need a stop Shirahama Kaigan (白 浜 海岸, 10 minutes, 330 yen one way, buses every half hour). 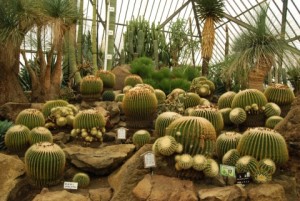 Izu Cactus Park – a botanical garden and zoological park in one. The park features more than a thousand species of cacti from around the world, and of the animals you can meet rare birds, monkeys and various rodents.

How to get there: From Ito Station Station (city of Ito) should be in the direction of the bus Shaboten Koen (シ ャ ボ テ ン 公園) (40 minutes, 710 yen one way, 2 buses per hour). Leaving at the end station.

Tokaikan  – former ryokan, and now a museum, was built in 1928. One of the last wooden ryokan Showa era. Visitors can see old guest rooms, enjoy Japanese tea and sweets in the tea room, and even relax in the baths for a fee (but the baths are open only on weekends and public holidays).

How to get there: Tokaikan is seven-minute walk from Ito Station Station (city of Ito). 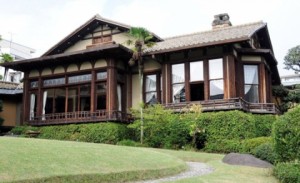 Kiyunkaku – another ryokan museum, which has become a cultural and historical heritage of the city.Visitors can stroll along the very beautiful ryokan garden, visit the former guest rooms, explore the gallery and music room.

How to get there: Kiyunkaku is a 20-minute walk from the Atami (Atami city), or you can get here by bus Yuyu Sightseeing Loop Bus (20 minutes, departs from Atami Station station, 250 yen in one direction, or 700 yen per day ticket). 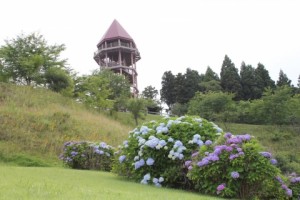 Shimoda Park – a picturesque and quiet wooded park in the heart of Shimoda, where in June thousand blooms gardenias.

How to get there: From the station Izukyu-Shimoda Station (Shimoda), followed by buses in the direction of the Aquarium Shimoda (海 中 水族館, Kaichū Suizokukan), exit at the station Ryosenji Temple (了 仙 寺, 170 yen one way, 2 buses per hour). From the station – 10 minutes walk to the entrance of the park, at the end of Perry Road. Or you can drive to the Aquarium (7 minutes, 200 yen), the park is located a few steps away from him. 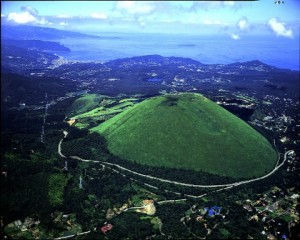 Mount Omuro – an extinct volcano a height of 580 m, located to the south of the city of Ito. Anyone can get the top on a special elevator, and walk around the crater. 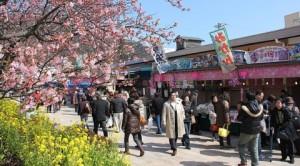 Cherry Festival Cavaso – held annually since the beginning of February until the first of March. Cavaso – a special type of cherry that blooms early and continues to blossom unusually long (in comparison with the usual cherry blossoms, which fades after two weeks). The festival takes place on the banks of the river Cavaso: here there are numerous stalls of local merchants who can buy food, souvenirs and seedlings cherry Cavaso. In the evening include a night illumination.

How to get there: from the station Ito Station (Mr. Ito) to the station Kawazu Station for trains line Izukyu Railway Line. From station to Cavaso River – 5 minutes on foot.