Tahir Jim – a small island near the city of Ishinomaki, in Miyagi Prefecture, also known as “Cat Island”. One person has to 3-4 cat here (at the time, the total number of inhabitants on the island of less than 100 people). Cats were brought to the island for a long time, even when Tahir operated a farm for the breeding of silkworms – from the cat needed help in the fight against pests. Farms have closed, and the cat continued to live on the island.

Residents of. Tahir believe that cats bring them good luck, it is not surprising that the welfare of the furry residents so carefully guarded. It is interesting that on the island for many decades no dogs. Moreover, local fishermen erected in the center of a small cat temple Nekokamisama, in memory of one of the cats, who died in an accident. 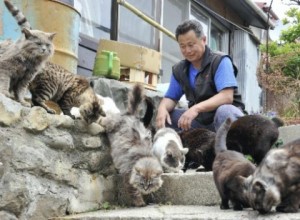 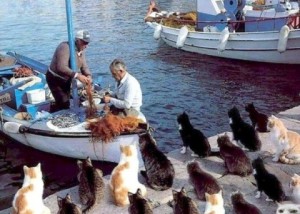 The island is very popular with tourists, and not just the Japanese. In recent years, the interest of foreign travelers to Tahir has also increased – so, perhaps a cat really bring good luck to its numerous benefactors.

To get to the island Tahir be done in a way few stops and transfers. It should also be borne in mind that the island is almost no hotels – stop should be in the city of Ishinomaki:

Shinkansen on the Tohoku Shinkansen Line to Sendai station.

On the train wagons Yamabiko has no compulsory redundancy (the trip takes 2 hours).

2. From the city to the city of Sendai Ishinomaki (Miyagi prefecture.):

From the station Sendai station to claw Tohoku Line line. It costs about 1400 yen one way.

In the claw station change to the line of the Line Ishinomaki at Ishinomaki Station. cost – about 840 yen in the same direction.

The entire journey takes about 90 minutes, covered with JR Pass.
Note: the frequency of trains on the departure from the station Sendai – every hour; with claw station – every two hours.

3. From the city of Ishinomaki to Tahir island:

ferries Before Tahiri Islands – line Ajishima Line. From Ishinomaki Station to the ferry terminal Ajishima Line line can be reached by taxi (cost approx. 1,000 yen) or take the bus to the station Ajishima Line-mae or on foot in 30 minutes. 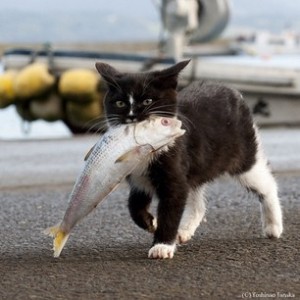