Island Itsuki-Sim – or as it is known informally as “Miyajima” (in pens with Jap “Temple Island”..) – Part of the city of Hatsukaichi, south-west of the city of Hiroshima. The island is inhabited since 593 AD, since, as the temple was erected Itsuki-Sim – in the same year began the reign of the Empress Suiko – the first woman at the head of the Japanese nation. Miyajima is traditionally considered one of the three most beautiful places in Japan – along with the Bay of Matsushima in Miyagi Prefecture and sand bar Ama-no-hasidate in Kyoto.

Miyajima – a rather large island, however, all major attractions are centered around a small town in the vicinity of the temple Itsuki-Sim and Mount Misen. The island is very popular with tourists, many of whom have come to admire the famous Torii gate, towering above the water surface, as well as look at the wild deer, which lives on Miyajima quite a lot. Animals have long been accustomed to the presence of people close, often they can be found near the city. 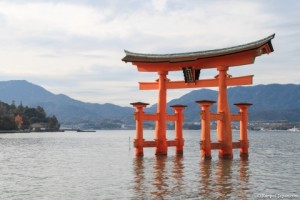 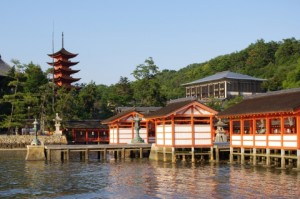 Located ten minutes walk from the ferry terminal. The main highlight of the temple – “floating” torii gate, which, like the temple, built over the water. This gate – one of the symbols of Japan. The temple complex consists of several buildings connected by bridges. 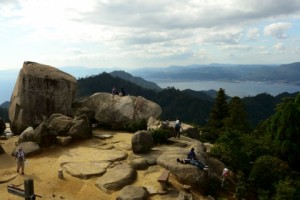 For many centuries the Japanese worshiped Misen – the highest mountain on the island (500 m). In good weather, the mountain summit offers a beautiful view of the city of Hiroshima. By the peak of Misen can be reached by hiking trails originating in the city, or the cable car up to the observation platform Shishi-willow. But even if you choose the second option, remember that after arriving at the terminus you have to overcome another 100 meters on foot. Sometimes along the hiking trails can be found deer, more rarely monkeys. 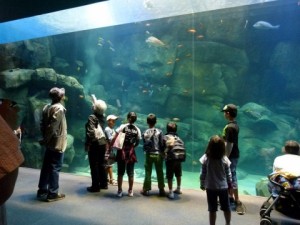 Located in the western part of the city, where visitors can learn more about the underwater flora and fauna of the sea and ocean depths. 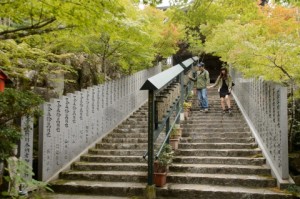 Located at the foot of Mount Misen. With the construction of this temple began the history of Buddhism on Miyajima. The temple complex includes several buildings and facilities, including room Kannon-do, a cave, a tea room, and so on .. Going up the stairs to the temple, visitors can perform ancient Buddhist ritual parallel staircase rises up a series of metal rollers with engraved Buddhist sutras. It is believed that twisting the roll, you get a blessing that descends upon a person after reading the sutra. 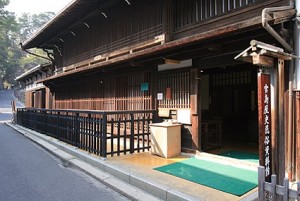 Museum dedicated to the history and folklore of the island. Here you can learn a lot about the development of Miyajima, its culture, customs and way of life. The building was built about 160 years ago, and once belonged to a wealthy family of merchants.

Some tourists prefer to stay in one of the Japanese on the island of Miyajima rekanov, however, should take into account that the cost of one night in a hotel on the island than in Hiroshima. With regard to the budget hotels, the rooms are sold out pretty quickly during peak seasons.Short stop in Hiroshima profitable not only in financial terms: the choice of hotels here is broader well established transport network, represented b about lshy selection of shops and cafes. But if your goal – to escape from the city in a quiet, peaceful place – a traditional ryokan on Miyajima is perfect for you.

Is it safe to Hiroshima:

It proved and officially confirmed by the Commission on nuclear Japan regulation, that the level of radiation in Hiroshima at the moment does not exceed the permissible level of natural background radiation 0.87 mSv / year.

From Tokyo to Hiroshima:
By plane: fly from Haneda Airport to Hiroshima Airport, the trip takes about 1 hour 30 minutes. (average ticket price – 32,000 yen); from the airport by bus to the Hiroshima Station, the trip takes about 45 minutes (fare one way .k 1340 yen). By train: 4 hours took a trip from Tokyo to Hiroshima Station on the JR Tokaido sinkansenah or Sanyo Shinkansen Line (approx 18,040. -19 000 yen one way, JR-Pass covers the cost of tickets, if you choose the train Hikari or Sakura, but not Nozomi).

From Hiroshima to Miyajima: