Tour of Japan: Osaka with Russian speaking guide for a day (1). 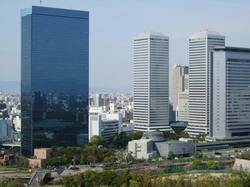 10:00  – In the morning in the hotel lobby You will guide and tour of  the city of Osaka on a comfortable bus!

During the tour you will visit :

Osaka Castle –  the symbol of the city. In the XVI century, Toyotomi Hideyoshi chose the city for the construction of his castle and the city would become possible following the capital of Japan, Tokugawa Ieyasu had not completed during the reign of Toyotomi clan and moved the capital after Hideyoshi’s death in a remote Edo (Tokyo). 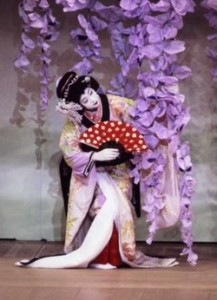 Osaka Castle (1586, destroyed and rebuilt in the 17th c., Restored in reinforced concrete in 1931).In 1997 the castle was reconstructed – there were elevators, on the big screens show scenes from the history of Japan. The facade of the building has been completely renovated. The museum is located in the castle. Here are documents about the life of Hideyoshi, and the history of the castle.

Around Osaka Castle is situated  park . Cherry Trees, growing in abundance in the park, spring stained shore ditches dug around the castle, in a light pink color. In autumn park is transformed into a red-and-yellow color. You can take a stroll on this colorful corner of Japan. Quite often there are various exhibitions of folk art. 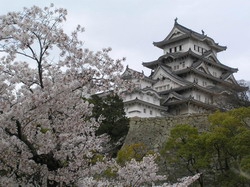 In Japan, a wonderful combination of ancient and modern progress. You will feel it when you see the high-rise building Húmedo,  go up to the observation platform. Building Húmedo – the seventh tallest building of the Japanese city of Osaka, one of the most recognizable landmarks of the city (173 meters high, 40 floors), joined at the top “air garden”. It consists of two main towers, which are connected to each other, “Floating Garden Observatory” on the 39th floor. Alley Restaurant  Takimi-koji , a replica of a Japanese street earlier period. Connecting two office towers high air passages led to the elegance that is missing from other high-rise buildings. Also in this manner provides greater earthquake resistance construction. You go up to the observation deck ” Húmedo Sky Building ” – you will open breathtaking views of the entire city! Osaka – is the embodiment of modern Japan, which is heading into a dynamic future. All this creates an especially rapid pace of city life, which is also called “Japanese cuisine”. So it came to be called not only for the constant restlessness of its inhabitants, but also for the fact that in many restaurants, can be very tasty and varied food. 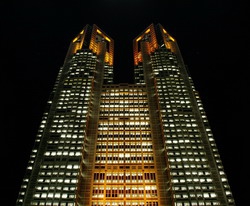 13: 00- Lunch at a local restaurant. The guide will help you with a choice of dishes.

14:00 – . Continuation of the tour  you will visit the   area Namba . The central part of the modern city of Osaka river beds divided into two areas: the north (China) and south (mine).Umeda – shopping and entertainment center of the northern district, Namba – south. These opposing areas connects one of the main thoroughfares of the city –  Midosyu-ji . Namba includes neighborhoods  Dotombori, Sennitimae, Shinsaibashi . There is a new building of the theater Kabuki, the National Puppet Theater “Bunraku.”

Sennitimae  – it’s theaters, cinemas and shops, stretched out in a straight line on both sides of the street. 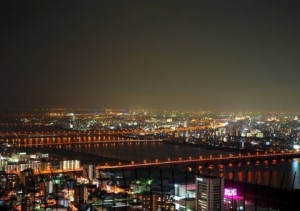 Located along the canal  Dotombori  is the largest city of the entertainment quarter, a paradise for gourmets and lovers of noisy feast. Evening walk through the glittering lights of Dotombori advertising reminds participate in the colorful festival.

** The tour begins in Osaka.